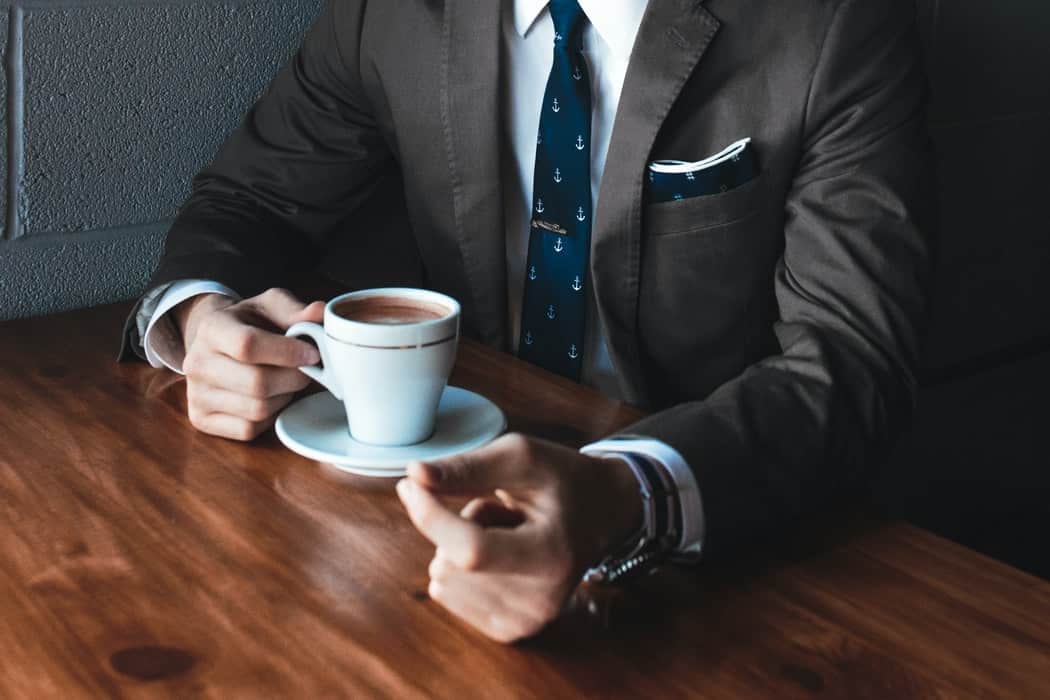 One night when I was on my phone during the hours of when I was supposed to be asleep, I came across a video titled ‘We Tried the 1 Billion Dollar Morning Routine’ produced by As/Is.

The video left me with curiosity and motivation to attempt the morning routine as well. Before I started, I did a little research.

As I believe, The routine was popularized by the motivational Youtube Star, Jim Kwik who showed on the Be Inspired Youtube Channel. The video currently has 6,327,884 views with 177k likes.

But the routines are similar, if not same.

It should be noted that some people’s approach to this routine can be modified. Jim Kwik himself said in the video that he just tries his best to do it all.

My Attempt(s) at the Billion Dollar Morning Routine (Long Read Ahead!)

I woke up to my alarm at 7… but I went for a 30-minute nap. Not the best start but it is definitely a very big improvement to my usual waking hour, which is usually 10. Worse, the latest I woke up was 2:30 pm…

Coincidentally, I dreamed about doing the morning routine in my dream. However, it was more like a nightmare. I cannot remember the events but I knew the energy of the dream was chaotic, the most I remembered was hearing arguing and things crashing like bombs and I felt claustrophobic.

I personally believe that I am sensitive to dreaming, compared to my friends, I have several dreams that I still remember today.

The dream also felt really real, I thought I was already up in the morning. Until the alarm proved wrong.

I never make my bed, ever. I don’t see the point of it because I will eventually sleep in it again.

However, the step is not as boring as it sounds. Jim Kwik said that this step is intended to push people to accomplish more tasks, it creates momentum.

He says that, when we go to bed, we go back to the cycle of ‘success’.

I am ashamed to say… I don’t wake up to drinking water every morning.

Although it was only water, I did struggle, I felt like I was forcing down water when I felt full.

Before I drank the water, I had to go to the bathroom first. This step was supposed to be in the 8th step but I knew I couldn’t down a gulp of water if I weren’t going to take a leak first.

I also don’t take any supplements. My prebiotics are in powder form that I put in my morning smoothie.

I wasn’t exactly excited for this part, 20 minutes of sitting still sounded like it would put me to sleep. The purpose of this step is to fully oxygenate the body.

I simply searched for a 20-minute breathing meditation on Youtube. For day 1, I am following a guide by the Mindful Movement. I only realized after the meditation that the video was only 19:38 minutes, but better than nothing!

This step was not effortless. I struggled with staying still. So, I helped myself with the breathing exercise by using my body instead. When I breathed in, I would trail my upper leg to my knees with my hands, then sweep them back up while I straightened my back as I exhaled.

It is only after that I realized that I should have done it the other way. And well… I sometimes don’t breathe the right way. When inhaling, the stomach should be expanding, and the opposite when exhaling. However, I sometimes do this in the opposite way. I hoped to correct my breathing habit by doing this routine for the next few days.

The purpose of this step is to wake my body. Note: This is not a workout of the day!

For Day 1, I split this step into 1 minute of jumping jacks and the other minute to high knees.

This step… I couldn’t take a straight cold shower. Especially since the morning is breezy. However, I did attempt to do it.

Instead of ignoring this step, I did a mix of a hot and cold shower. I turn the water to cold when I am washing off the shampoo and conditioner from my hair. I also did this at the end of the shower.

For this step, I brushed my teeth.

Cleansed my face. Since I was more conscious to my routine, I gave the #60secondsrule face wash a go.

Despite the positive feedback, I never attempted it. My face actually felt nice after 60 seconds of cleansing.

Then I blow dried my hair and made tea.

I am currently reading Eye Of The Red Tsar by Sam Eastland. I have issues with focus, so to help me read, I turned on reading music for my 20 minutes read. As much as I like reading this book, I was waiting for the timer to go off in the back of my head.

I didn’t have any brain berries that were suggested to be used. I instead used a herbal smoothie mix that I was already having as my breakfast.

I downloaded the Elevate app for this step. I am using the free version. For the following days, I do 3 short exercises to strengthen my language and mathematics skills.

I couldn’t wake up early because I was tired. I slept late the night before (1:30 AM) from gaming with my friends. So I missed most of my morning (10 AM).

However as Kwik mentioned, he tries to complete all the tasks. So I tried to tick as many boxes as I can before the morning ends.

2. I couldn’t recall my dream

3. This time when making my bed, I put in more effort. It felt good to look at a neat ‘successful’ bed

4. Drink water – stopped my inner whining dialogue and just went with it.

Wrote in my journal…That is where the routine ends.

This is the day when I had to stop the routine. I woke up late again from a long night of gaming with my friends. I felt very demotivated. I could have continued the routine as a Day 3, however, I wanted to give it another chance. If the ladies could do straight in the As/Is video, I should too.

So instead of trying to complete the steps, I sat down and wrote in my journal to reevaluate:

“I’m going to restart this journey on Friday the 25th marked as Day 1… clearly I failed twice. And as much as I am lazy, I am a perfectionist! Therefore, I’ll try again BUT I’m going to have to plan it.”

“I realized that I can’t push myself to wake up early at all after a ‘night’ (1-2 AM) of gaming on LOL. So to proceed with this routine, I must not play over midnight.”

“For my journal lists, I must also be more specific and actually attempt to finish at least my to do’s”

“Instead of staying in bed for step 2 (recalling your dreams), I should get up and write it down in my journal since I am such a heavy sleeper… staying in my bed eyes closed? I pass out in 30 secs”

Overall, I initially went into this routine without any preparation, which was bad since the Billion Dollar Morning Routine is drastically different from my everyday lifestyle.

Day 3 was a massive improvement compared to the past 2 days of failure. Comparing how my day went between this day and the day before. There is a difference in motivation and drive. Even though the morning routine took some adjusting, it is a rewarding experience.

As normally, the day went fine. However, the night out of Day 4 has caused another dip into my attempt at the routine.

So indeed, after a night out (or to be more specific, an all ‘nighter’), I did not criticize myself as harshly as Day 2 or the paused day. Just like Day 2, I try to finish the morning routine within the hours of the morning. For a chill day, I had a productive workday.

So it’s not as bad as I described it earlier, but this is where the ‘dip’ happens.

As observed, the day was not productive at all. So how did this happen?

When I gave myself an excuse for Day 5 and allowed myself to have a ‘chill day’, the slowly growing discipline I built up vanished. The routine is not for people who rely on motivation, but a habit mentality.

When I compared my progress to the ladies who attempted the routine from As/Is, it really demotivated me and in all honesty, it made my mental health fragile. I became demotivated and basically hated myself for the entire day. The day felt awful, productivity was not running, overall, it was grim.

So, still being in the cycle of lack of discipline, I did not get the happy ending I wanted. However, I felt a glimpse of hope.

Although I did not have the best attempt. It made me reevaluate how I ‘drive’ my life.

Life without this routine

So to give the Billion Dollar Morning Routine a more fair judgement. I proceeded with a week of what my normal routine was.

And to no surprise. The week was less productive, unpredictable, exhausting and depressing.

I found myself in a spiral of some days waking up at 10 AM and some waking up in the PM. And with the progress of my work and activities in my life, made me want to stay in bed all day in the dark.

This experience had opened up my eyes. I didn’t think much of my normal routine. And because of how I felt with the Billion Dollar Morning routine, living my life how I normally did. I, for the first time, was hit by the reality of my everyday failure.

What I am taking from this attempt

The thing I did wrong was that I underestimated how challenging this routine was going to be. Especially for me, since I am a person who has more of a go along with the waves type of person. I have to give it to the ladies from As/Is, they made it look so easy!

Even though my attempt was not an accurate representation of this routine. I felt comforted by the women from their attempt where they as well have their own struggles with the routine. And like Freddie said “Do I feel like a billionaire? Actually, I do!”

So they both concluded that they themselves are going to take some things from the routine to add to their morning. Mei cleverly played on the words, made her own “Millionaire Morning Routine”

So for my personal take on the Billion Dollar Morning Routine. I am adding going to the toilet right after I wake up, and turn the 2-minute intense movement into a full workout because I do prefer exercising in the morning before breakfast. I’m going to work on the cold shower, but like the ladies, I’m sticking to the warm shower for now.