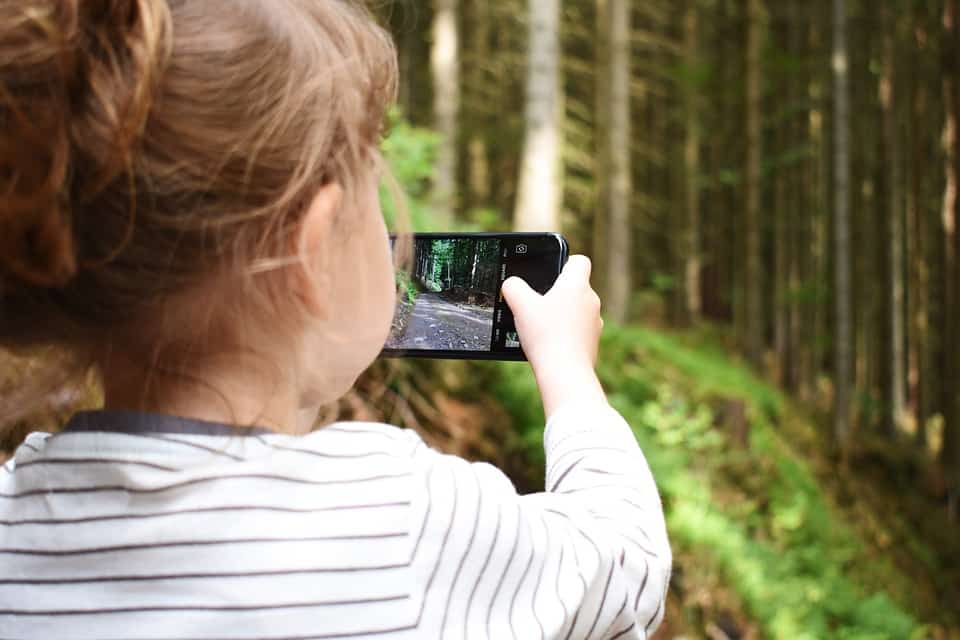 On my last trip to my hometown, I got to hang out with my adorable 5-year-old nephew. Living in a different city, I don’t get to hang out as much with my family, only on special holidays or when I have to travel back to my hometown for work. So I’ve only witnessed the growth of my nieces and nephew in multiple snapshots; a month old, a year old, two years, four years, etc.

On this particular trip, I got to hang out longer with one of my nephews because I was staying at my brother’s place this time. I had a blast of course. The kid says the craziest things when we’re together. We have a lot in common, I discover. He likes dogs, video games, drawing, and spending endless hours on YouTube. The last part really surprised me. I know many parents are very lenient when it comes to screen-time for their kids but I have always had it in my head that my brother has a stricter approach when it comes to his child’s screen time.

I was wrong, apparently. Not only is my five-year-old buddy the sole owner to an iPad, but my brother is also planning on giving his son his older smartphone once he starts grade school. I was left stunned for a bit; a six-year-old with a smartphone? I didn’t start using a cellphone until I was in high school. But we must be living in a different time, I thought. I could just be a remnant of the past, stuck in my own ways and thinking. So I did a little research and here’s what I found out.

1. They will sleep less

The problem is far worse for children. Unlike adults, children don’t have the self-discipline when it comes to doing things that are inherently bad for them. A 6 or 7-year-old with full control over a smartphone will spend their time on it the whole day, even when they’re supposed to be asleep. This will lead to them having a distorted sleeping habit which will ultimately affect their development.

2. It can be addictive

Introducing little kids to the harmful culture of excessive smartphone use is a recipe for disaster. A child’s main goal is to develop into a functional and productive adult but introducing them to a habit that might cause destructive patterns early on in life is not going to bode well for their future. They will become reliant on electronics too early in life and they won’t learn important interpersonal skills that are crucial for a successful life.

3. It disrupts their learning

Smartphones are inherently a distraction. When we’re bored, we turn to them for entertainment. But for children, they can be such a distraction that they turn away from actually learning. Homeworks don’t get done because kids are just on their phone chatting with their friends, playing games, or watching videos. There’s no more study time since the phones are always within their grasps.

4. No more time for reflection

One way a person learns a new skill is by reflecting upon the new information, internalizing it and seeing how it applies to their lives. There is a level of superficiality to the things that people learn despite the capabilities of our devices. We read mostly facts but dismiss them for the next new fact we encounter. The same goes for children. What’s worse, there is almost no filter to the things that they learn. They just absorb everything, good or bad.

5. It can cause obesity

A growing problem that the world faces is obesity. With more and more electronics available for people to use, there are fewer and fewer people going out and doing physical activities. Even workouts are done indoors. This is especially true for children. Many prefer to stay indoors on their phones, tablets, and computers online, browsing the net or playing games. The overuse of technology has indirectly contributed to the rise of obesity cases.

Spending multiple hours a day on a smartphone can lead to emotional and social problems, especially for children. Spending a majority of their free time on game apps and social media can put a child at an increased risk of developing attention problems that can be detrimental to their growth.

7. Desensitize them to violence

The use of smartphones has many inherent dangers to its users. A great example is our exposure to violence. Games often advertise their true-to-life gaming experience with a heavy emphasis on violence. Children who are so fond of these games develop a distorted view of what violence means making them prone to become bullies or accept being bullied by others.

For the most part, being stuck on a smartphone limits our creativity significantly. Kids need to be given time and space to develop their creativity but due to their overuse of such devices, the time they would have spent developing their creativity is now taken up with endlessly scrolling through feeds and playing games.

9. It changes their relationship with their parents

Kids who are constantly on their phones have a tendency to lose touch with those around them, especially their parents. Preferring digital interaction over physical ones, most would prefer to text or call their parents despite living in the same house, both parties exist as if they are spies using only spy equipment to communicate even at close proximity. Digital interaction, although effective, could never replace genuine connections with parents.

In our day and age, the biggest mistake any parent can commit is by being complacent when it comes to what their children are doing online. There are so many things that could derail a child’s future and they’re all lurking everywhere and within easy reach especially with a device like a smartphone. And while I’ve always adhered to the saying of letting kids be kids, that doesn’t mean parents should forget being parents. It is, after all, the role and duty of parents to serve as a guide and help their children traverse life until they can manage it on their own.